A just graduated student of  Chemical Engineering Nnamdi Azikiwe University,  Anthony Obikwelu, has stunned the science  world after he developed and manufactured a machine that can convert  plastic and other waste materials into fuel. 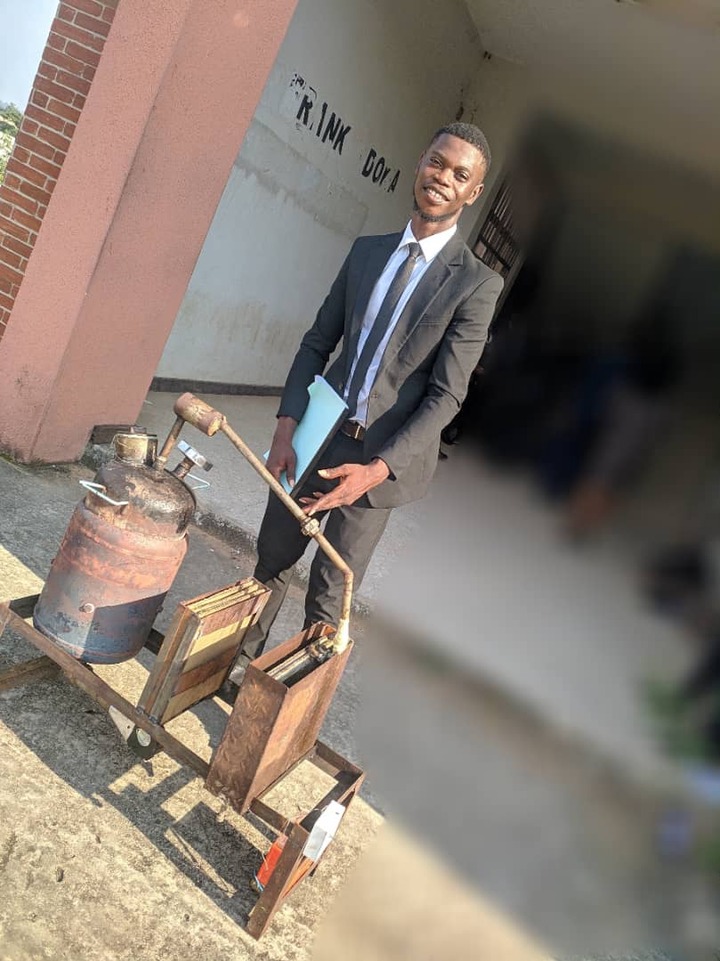 Below is the detailed inscription on what the machine is all about. He writes,

Pyrolysis is the process of heating organic material at high temperatures in the absence of oxygen. Since no oxygen is present, the organic material does not combust. Instead, the chemical compounds that make up the material decompose into combustible gases and char. The produced gases is condensed to give a liquid fuel. 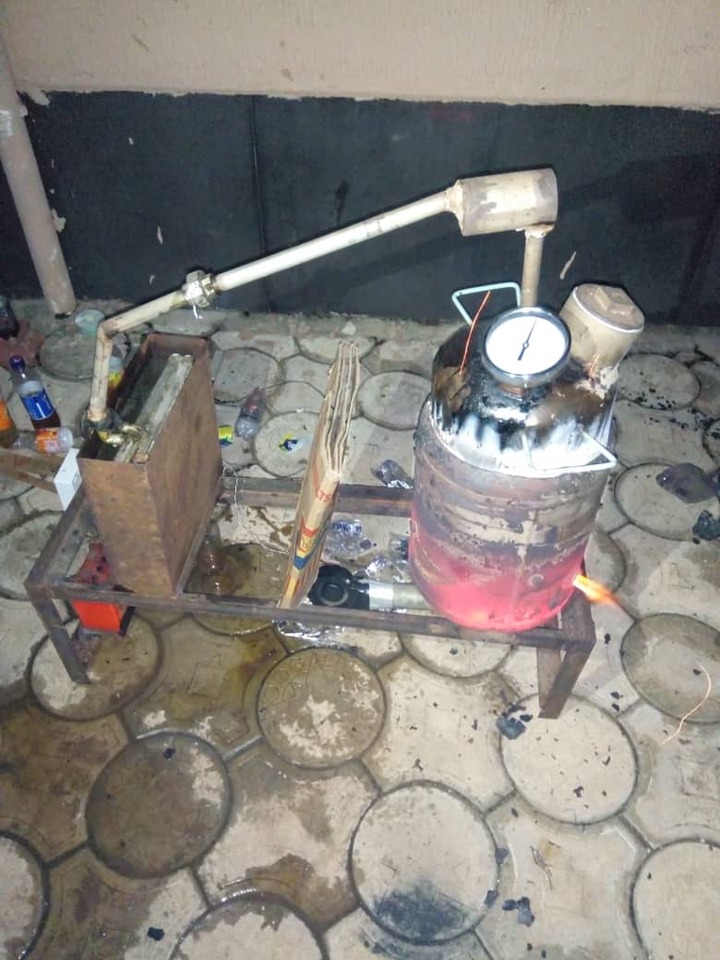 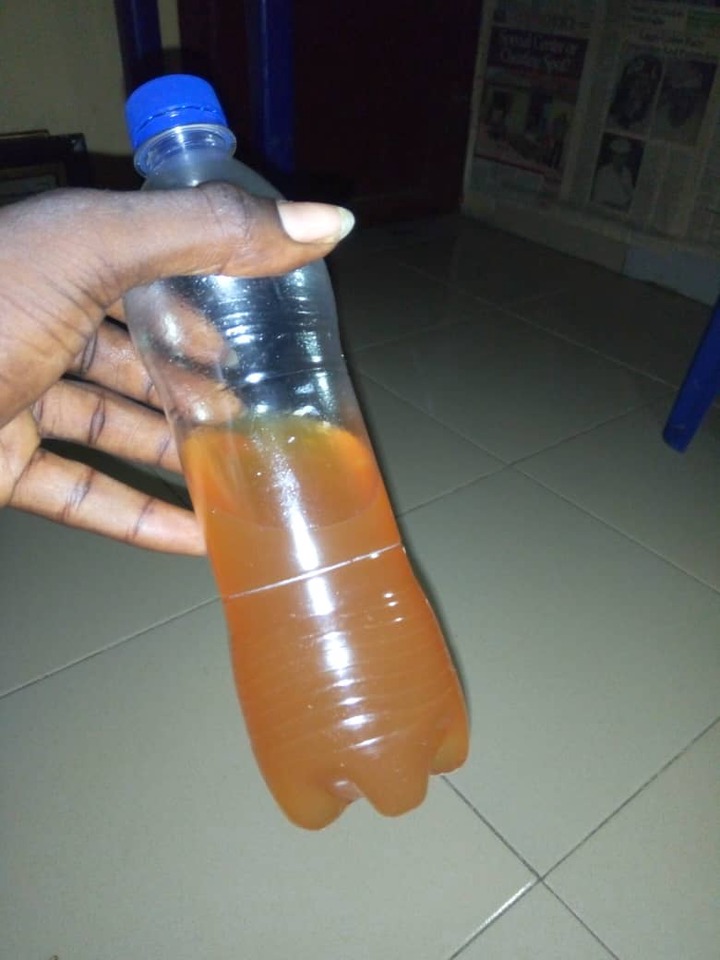 Pyrolysis presents an opportunity to manufacture low- carbon liquid fuels and decrease the emissions of the industry. These fuels are also compatible with our existing transportation infrastructure which eliminates the need to introduce costly new infrastructure. Complete pyrolysis of organic matter usually leaves a solid residue that consists mostly of elemental carbon; the process is then called carbonization.

As we all know, Plastic goods and packaging and the inevitable plastic waste resulting from them are found all over the world. Plastic is a relatively cheap, durable and versatile material. However, as waste it constitutes a sizeable percentage of the litter we see every day in public places. It is also non-biodegradable; presents risks to human health and the environment; and some types are difficult to re-use and/or recycle. Almost 100 million tons per annum are produced every day. So the process of pyrolysis of plastics is attempted to reduce the waste plastics and to find a source for alternative fuel. 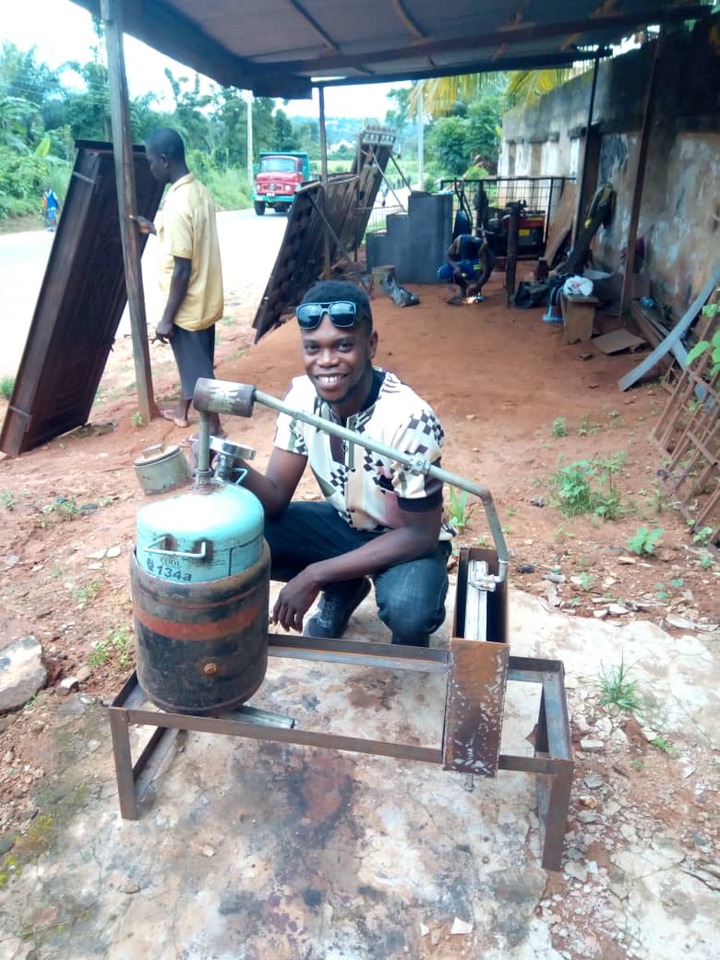 This is really quite an invention as it solves the problem of cost of mining oil. It would help reduce the emiison of harmful waste matters into the air which affects our ozone layer. It will prevent issues of oil spilliage and ocean pollution. It’ll also create direct and indirect employment as plastics and other waste materials would be sourced for, thereby creating an avenue through which people can earn a living. 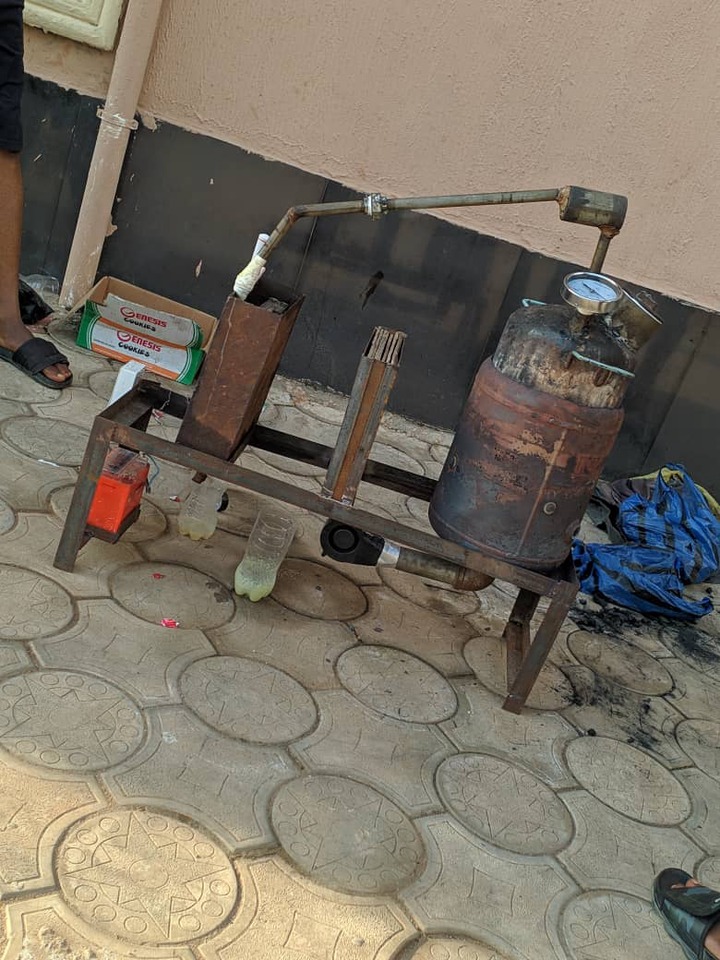 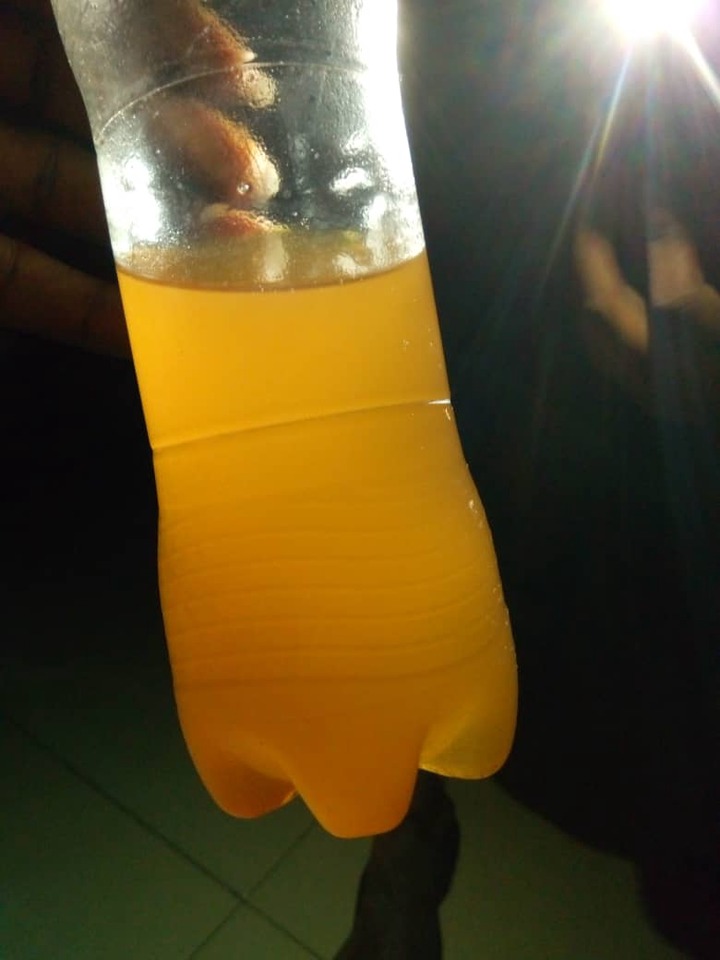 Right now, the only hindrance to this machine is that it needs funding from the government, so it can be developed into a large scale model where millions of litres of oil can be produced daily. He can be contacted via email on Tonytopaz1@gmail.com or Facebook with the name Anthony Obikwelu.

*RESPONSE OF THE SUG UNIZIK TO

SEE HOW THIS 300L ENGLISH STUDENT IS

The federal government has lifted the ban

PRESS RELEASE : CLARIFICATION ON RESUMPTION OF